Nepal, officially the Federal Democratic Republic of Nepal, is a landlocked country in South Asia. It is located mainly in the Himalayas, but also includes parts of the Indo-Gangetic Plain. With an estimated population of 26.4 million, it is 48th largest country by population and 93rd largest country by area. It borders China in the north and India in the south, east and west while Bangladesh is located within only 27 km (17 mi) of its southeastern tip and Bhutan is separated from it by the Indian state of Sikkim. Nepal has a diverse geography, including fertile plains, subalpine forested hills, and eight of the world's ten tallest mountains, including Mount Everest, the highest point on Earth. Kathmandu is the capital and the largest city. Nepal is a multiethnic country with Nepali as the official language.

Surprisingly, what it lacks in size, it makes up for it in adventures! Known for its stunning mountainous regions and unique trekking trails, Nepal offers all this and more with its jungle landscapes, medieval cities, and sacred sites.

Bungee jumping and swing are another very popular extreme sports in Nepal. The most thrilling one is situated at 3 hrs drive from Kathmandu near the Tibetan border. The Bridge is built on a gorge at a height of 160 m with the Bhotekoshi River raging below. The other Bungee spot is in Pokhara which is relatively less high but nevertheless stimulating.The swing from this bridge is the world’s highest swing giving you the kind of adrenaline rush you probably have never experienced before. It is a free fall of 100m of 240 arches at 150 km/hr midst green hills and over a fast-flowing river. And because candlelight dates and beach vacations are too mainstream, you can now attempt Tandem Swing with your partner and share with him/her the most memorable experience of a lifetime.

Nepal has 9 national parks, 3 wildlife reserves, 3 conservation areas and one hunting reserve in various ecological zones of the country. One 2 of the national parks permit jungle safari- Chitwan National Park in the southern grassland called Terai and Sagarmatha National Park in the northern Himalayan region being the two most popular ones. According to the record, there are more than 30 species of big wild animals and about 800 species of wild birds in various ecological belts of Nepal. Bears, musk-deer, leopards, wild yaks, squirrels, wolves, wild goats, wild dogs, etc., are the principal types of wild animals associated with the Himalayan region. The wildlife inhabitants of the Terai region includes still bigger mammals like rhinos, wild buffaloes, wild elephants, tigers, bears, deer, stags, monkeys along with peacocks, spiny babbler, hornbill (Dhanesh), partridges, falcons, owls, quails, vultures and so on. The reptiles found in this region include snakes (cobra, krait, viper), scorpions, tortoises, crocodiles, alligators, Gangetic dolphins, etc. Chitwan National park allows Jungle Safari on an elephant’s back which is a source of the major attraction for tourism. You can harmlessly get close to some of the rarest wild animals if you happen to be lucky enough to encounter them- The Bengal Tiger is one of the residents. 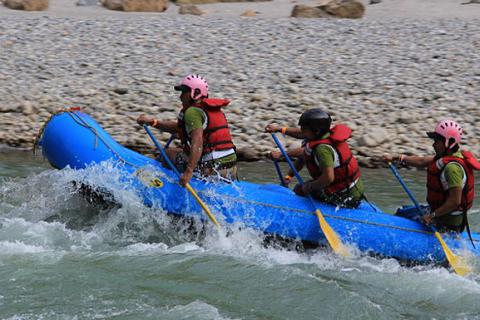 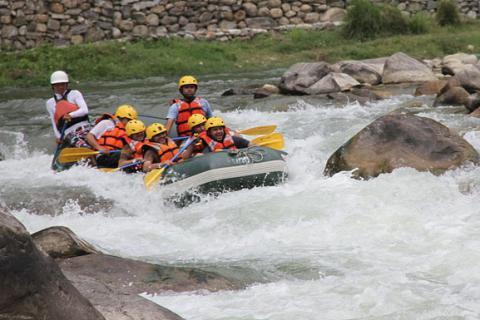 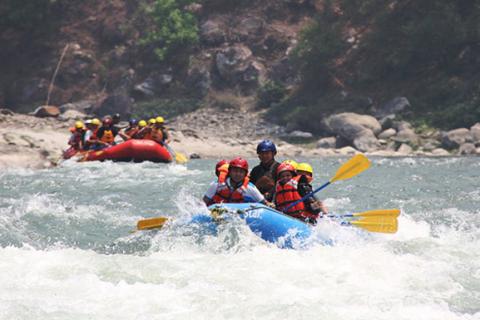 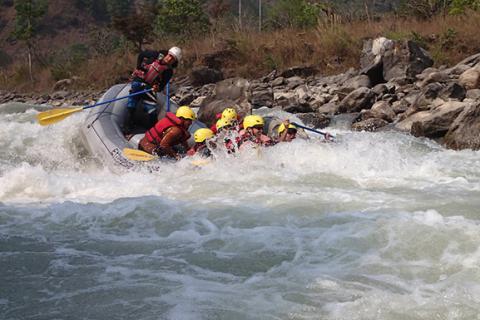 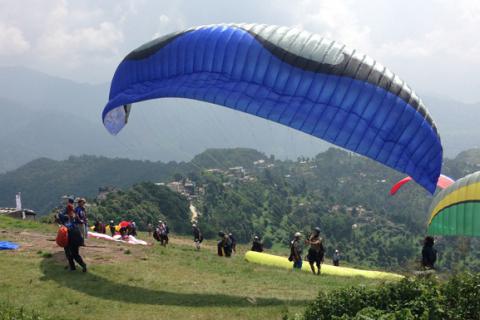