“Kathmandu City Tour” is a single day’s Trekking Mart Private day tour package taking to the core of UNESCO world heritage sites. The cultural, political and commercial center Kathmandu valley houses seven cultural heritage sites within 20 km boundary which is probably the largest number in the world in such a small territory. All these fine places built a unique synthesis of Hinduism and Buddhism.

Trekking Mart offers a single day sightseeing tour packages to give a lifetime experience to our travelers. Our “Kathmandu City Tour” is a pleasing opportunity to explore the ancient sights of Kathmandu along with its architectural marvels. All these UNESCO recognized cultural heritage sites are perfect sources of denoting multi-culture and religious amalgamation of this small Himalayan country.

Join Kathmandu city sightseeing day tour package, we can operate for single travelers to the group.

8 AM: Pickup from Your Hotel and trasnfer to Pashupatinath Temple
This is an UNESCO world heritage site Situated 5 km east of Kathmandu, Pashupatinath temple is one of the holiest temples dedicated to the Hindu Lord Shiva. Located amidst a lush green natural setting on the bank of the sacred Baghmati River, the temple built in pagoda style has a tilted roof and richly carved silver doors. Visitors will be permitted to view the temple from the east bank of Bagmati river, as entrance into the temple is strictly forbidden to all non-Hindus. Pashupatinath is the centre of an annual pilgrimage on the day of Shivaratri which falls in the month of February/March. Behind the temple is the cremation ground that many Hindus in Kathmandu chose for their funeral ceremony.

9.30 AM Transfer to Boudhanath Stupa
Boudhanath stupa located 8 km east of Kathmandu city is one of the biggest stupas in the world listed in world's UNISCO cultural heritage site. It stands with four pairs of eyes in the four cardinal direction keeping watch for righteous behavior and human prosperity. This Buddhist stupa was built by King Man Deva at the advice of the Goddess Mani Jogini. It is built on an octagonal base inset with prayer wheels. The shrine is ringed by houses of Lamas or Buddhist priest.

Boudhanath premise have good restaurents overview stupa. So you can have lunch here.

12.30 Noon Transfer toKathmandu Durbar Square
This is another UNESCO world heritage site also known as Kantipur, Kathmandu is the capital of Nepal. Here you’ll find ‘The Living Goddess’ acknowledging the greetings of devotees from the balcony of her temple residence; Durbar Square with its array of temples overlooked by the Hanuman Dhoka Palace, with its sitting place called Kasthamandap (from which the name Kathmandu was derived). It is said that Kasthamandap was made from the timber of a single tree. This whole area reflects the ancient place of the Nepalese Royalty.

2 PM Transfer to Swayambhunath Temple
Swayambhunath temple also listed in UNESCO world heritage site. This is  located approx. 4 km/2.5 miles away from the center of the city lays this Buddhist stupa which is said to be 2000 years old. The stupa which forms the main structure of this stupa is composed of a solid hemisphere of bricks and earth supporting a lofty conical spire capped by a pinnacle of copper gilt. Painted on the four sided base of the spire are the all-seeing eyes of Lord Buddha. This hill demonstrates the mosaic arts of small Chaityas and Pagoda temples.

What is not included?

Trip at a Glance 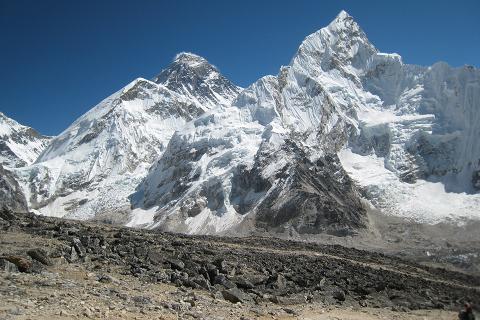 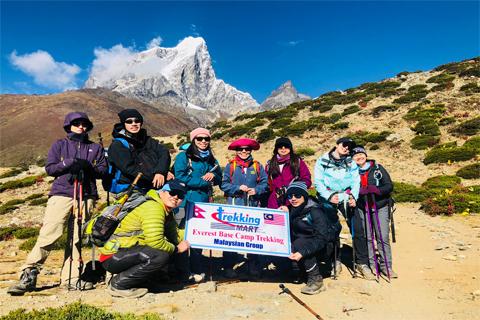 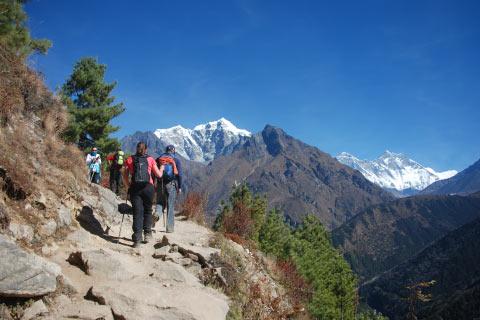